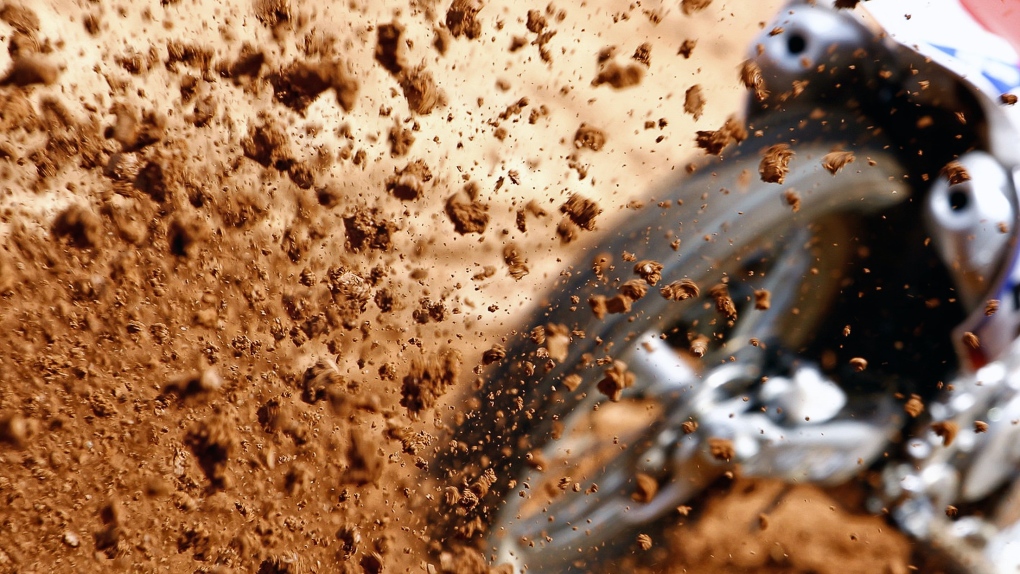 A motocross rider has died after crashing his dirt bike in Quebec's Eastern Townships on Saturday June 19, 2021. FILE PHOTO

STUKELY-SUD, QUE. -- A 20-year-old man died from his injuries Saturday night after a motocross accident in Stukely, Eastern Townships, about an hour east of Montreal.

Surete du Quebec (SQ) spokesperson Catherine Bernard said the accident occurred on a gravel road in the Chemin des Carrieres area, while the rider was "doing maneuvers" on a dirt bike.

The SQ reported that the motocross driver was not wearing a helmet while riding.

Late in the evening, police confirmed the death of the victim.

An investigation is underway to try to understand the circumstances of this accident.

-- this report by The Canadian Press was first published in French on June 19, 2021.