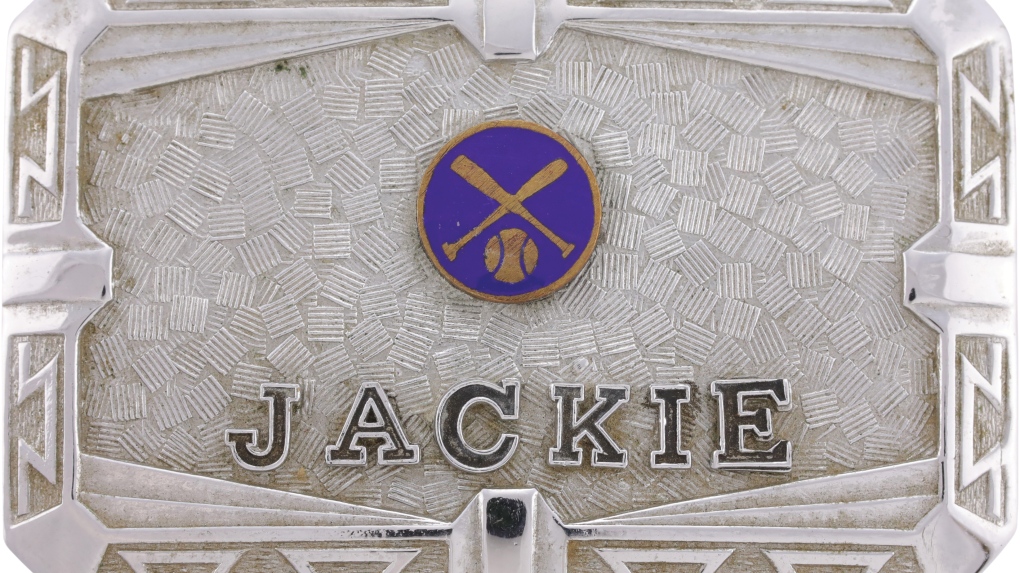 In 1946, Jackie Robinson was part of the Montreal Royals Little World Series winning team, and this championship belt buckle is now up for auction. SOURCE Lelands Classic

MONTREAL -- A piece of Montreal and baseball history is on the auction block.

The item came from Robinson's wife Rachel, and is listed as perhaps the first professional award Robinson earned and the last one he received before he became the first Black Major League baseball player for the Brooklyn Dodgers in 1947.

Robinson spent one year in the minor leagues in Montreal, played 124 games with the Royals batting a .349 average with 66 RBIs, 40 stolen bases and three home runs. 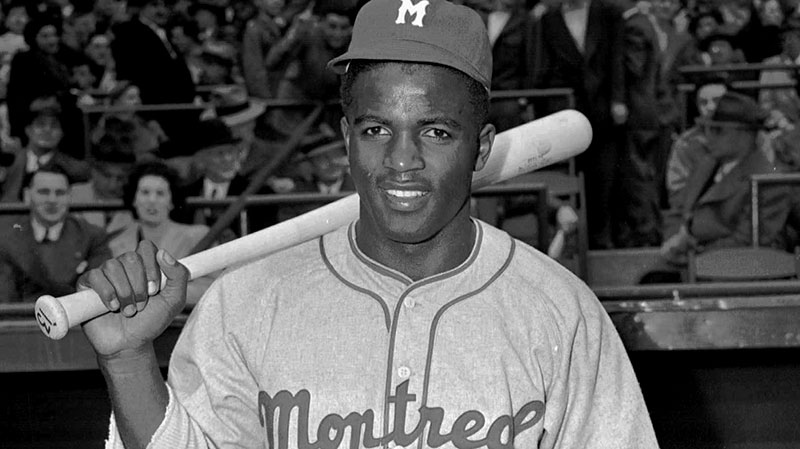 Lelands president Mike Heffner said memorabilia collectors and baseball fans have a deep-seated fondness for the Montreal Expos and the city's history with the sport.

Expos and Royals items are always popular with collectors, he said.

"Montreal is missed in the States by a lot of fans and a lot of players," he said. "The only thing good about baseball not being in Montreal might be from a collectible aspect. People want a piece of it and there's not that much to go around. The Jackie Robinson piece in the auction is probably one of the more historic and important pieces to come out of the city."

Robinson often spoke about his love for Montreal and its fans.

"We have a tremendously warm spot for the city and Canada because they treated us so well," he said in an interview with CBC. "All they asked is that we go out and play baseball the best we could. Naturally, being a ballplayer, that's all I planned to do."

As far as memorabilia goes, Montreal items always garner a great deal of attention due to its history with the sport, of which Robinson is a massive piece.

"If we're going to be talking about baseball in Canada, Montreal is the first thing that comes up and Toronto is the second," said Heffner. "It just so happens that [Montreal] goes back further than Toronto... It just seems that that's what everyone wants to talk about."