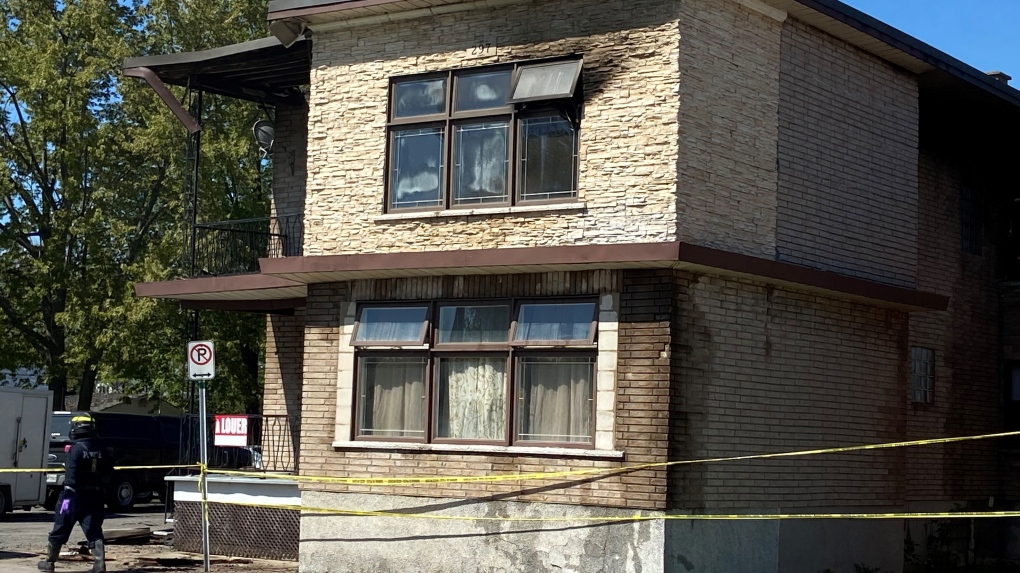 One person is dead after a fire in an apartment building in Beauharnois, south of Montreal. (photo: Christine Long/ CTV Montreal)

MONTREAL -- A person has died and more than a dozen residents of an apartment building in Beauharnois on Montreal's South Shore were rushed out of their residence after a fire early Friday morning.

Chateauguay police say a call came in around 1:20 a.m., after an apartment fire on St-Louis St. in the municipality around 15 minutes west of Chateauguay.

"A body was found inside the building and investigators from the Chateauguay Police Department, the Chateauguay Forensic Identification Service and the Quebec provincial police will examine the scene to determine the cause of the fire," said Chateauguay police media relations agent Nadia Grondin.

There is no evidence of arson, police say.

The apartment building was evacuated and the 15 residents were taken in by the Red Cross.

-- this is a developing story that will be updated.