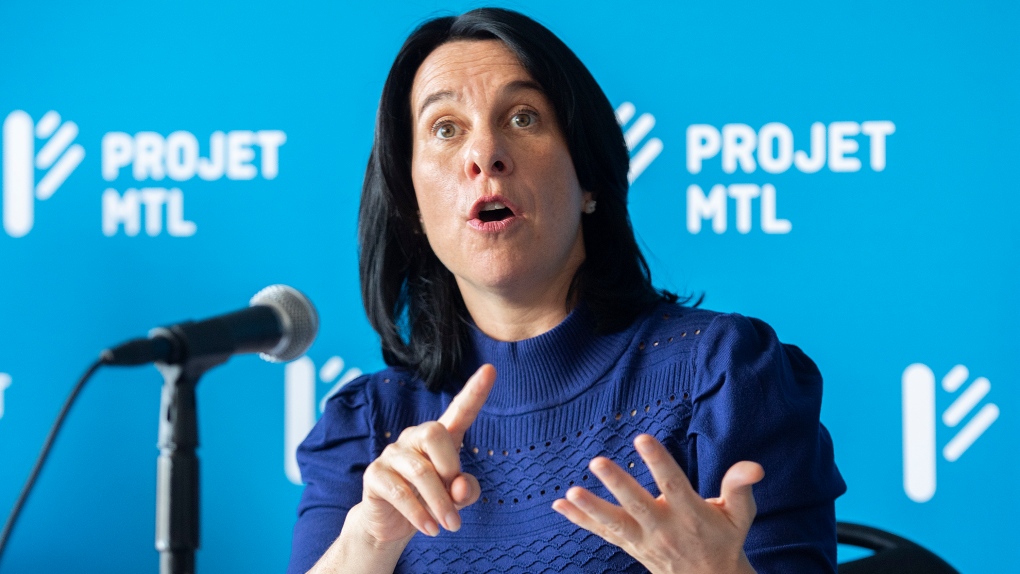 The next political party to form government in Quebec this fall needs to make a "fiscal pact" with Montreal so that the metropolis can properly cope with an unprecedented level of homelessness, increasing gun violence, and to meet the city's green initiatives, Mayor Valerie Plante said Monday.

Unveiling her pre-election wish list for all major provincial political parties, she said Montreal is struggling to take on new challenges without more help from the province.

At the top of her list is a promise to overhaul the "archaic" tax system so that Montreal can benefit from additional revenue sources because relying on property taxes is not enough. Speaking to reporters Monday outside City Hall, she called on Quebec to share part of its revenues from provincial sales tax, or TVQ.

"It is hard for us because we are depending on the property taxes and there's always more responsibilities and we're glad to do all these things, but there has to be a better equity between the province all the cities," said Plante, who is also chair of the Big Cities Caucus of the Union of Quebec Municipalities (UMQ).

Her multi-point plan, which she calls a "vision" for Montreal, calls for a "transitional financial agreement" that would refund 100 per cent of Quebec sales tax paid by municipalities and paramunicipal organizations.

It also asks the new government to provide the "necessary funding" for infrastructure upgrades to respond to the climate emergency, including asset maintenance, decarbonization of buildings, water treatment plants, heritage protection, protection of green spaces, as well as funding for affordable housing. No dollar amount was mentioned for either item.

"We know what we're doing. We now need the means," Plante said.

Other items on the mayor's list include more funding for the city's police and fire services, the construction of elementary and high schools, and health and social services costs.

On the alleged rise in gun violence on the city's streets in recent months, the mayor said she hopes all parties would agree with her that handguns should be banned.

"There have to be more financial resources" to better fund the Montreal police's recently created squads that tackle gun-ttrafficking, she added.

Opposition councillor Abdelhaq Sari, who represents Montreal North, criticized Plante for being too vague and not having specifics in her pre-election list. On Twitter, he also accused the Projet Montreal party of taking public security seriously.

Quebecers will head to the polls on Oct. 3.