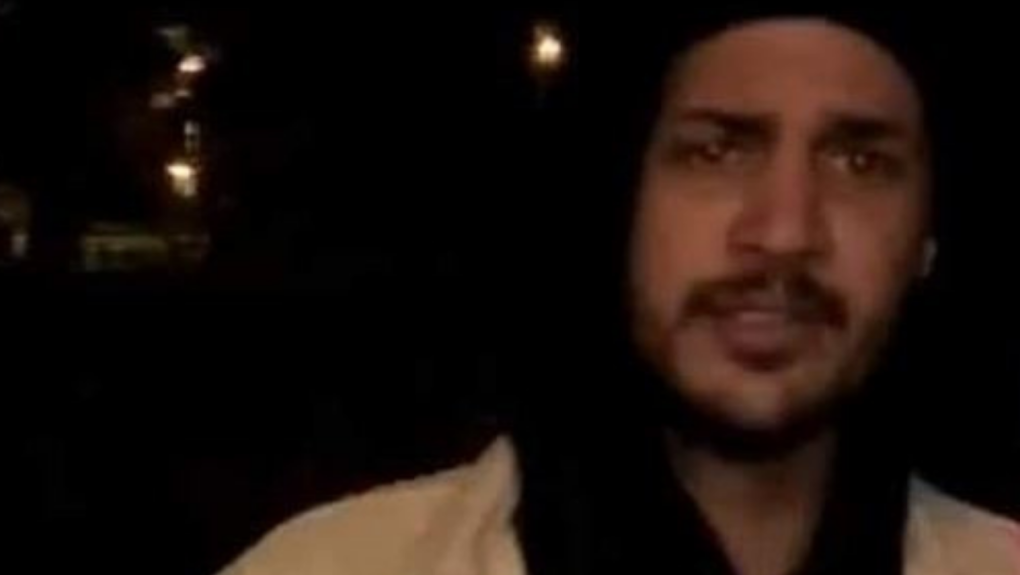 MONTREAL -- Montreal police are asking for the public's help in identifying and locating a suspect in connection with two armed assaults at Parc Lafontaine in the Plateau-Mont-Royal borough at the end of March.

Police said in a news release that on Monday, March 22 at around 8 p.m., a man armed with two knives and a pair of brass knuckles "suddenly appeared and stabbed his victim in the chest" before fleeing the scene on foot.

The victim, police said, was rushed to the hospital and is now out of danger.

A day earlier, on March 21, at around 7:30 p.m., the same suspect allegedly assaulted two other people in the same area of the park.

"One of the victims of this assault was able to quickly take a picture of the suspect using her phone," the SPVM said.

The suspect is described as around 6'4" and 200 pounds with a visibly broken tooth.

He had a shaved head and beard and was wearing a white jacket with a U.S. flag patch and a black hoodie with NASA written on it.

He spoke in English and Arabic, police say.

They didn't explain why they waited a month to release any information about the stabbings to the public.

Anyone with information is asked to call 911, the SPVM's Info-Crime number at 514-393-1133 or send information online at infocrimemontreal.ca.