A minke whale has been found dead in the St. Lawrence River

A minke whale carcass was spotted in the St. Lawrence River about 45 kilometres northeast of Montreal Thursday afternoon.

Teams have been dispatched to the scene with two tasks: secure the carcass, and determine whether it belonged to one of the two whales spotted in Montreal earlier in May.

As for the latter question, "it's more than likely that it is," according to Robert Michaud, president of the Groupe de recherche et d'éducation sur les mammifères marins (GREMM), which has been monitoring the whales for weeks.

The first minke whale was initially spotted on May 8 and was later joined by a second whale on May 11, both straying about 450 kilometres upstream of their usual range.

Both were said to be under two years old.

Michaud says his team received an image of the dead whale from a fisherman at around 10 a.m. Thursday morning. The image was captured in the waters near Contrecoeur, Que.

Michaud hasn't seen the whale up close but said that once teams find it, the next step will be to confirm its identity. 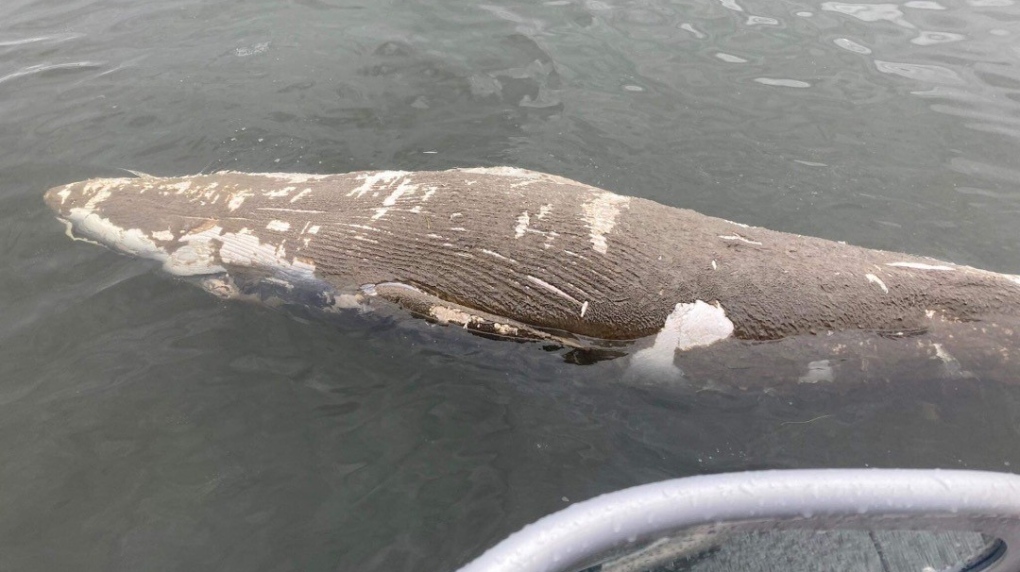 Researchers at the GREMM received this image of a dead minke whale Thursday morning in the St. Lawrence River about 45 kilometres northeast of Montreal. (Image source: Ronald Gosselin)

The carcass is about five metres long -- slightly larger than the estimated size of the two whales being monitored.

It had been 10 days since the two whales had been seen.

"What happened for this whale for 10 days? We're kind of puzzled," said Michaud.

It's a question veterinarians from the Universite de Montreal will try to answer through a necropsy, but Michaud says trying to learn anything at this point could be tough.

That's because researchers don't yet know how long the whale has been dead.

"The water in the river is pretty warm," he said. "So, conservation of the tissue is not optimal."

"Did the animal die, and sink, and then after decomposition, did the body float again [to the surface]?" 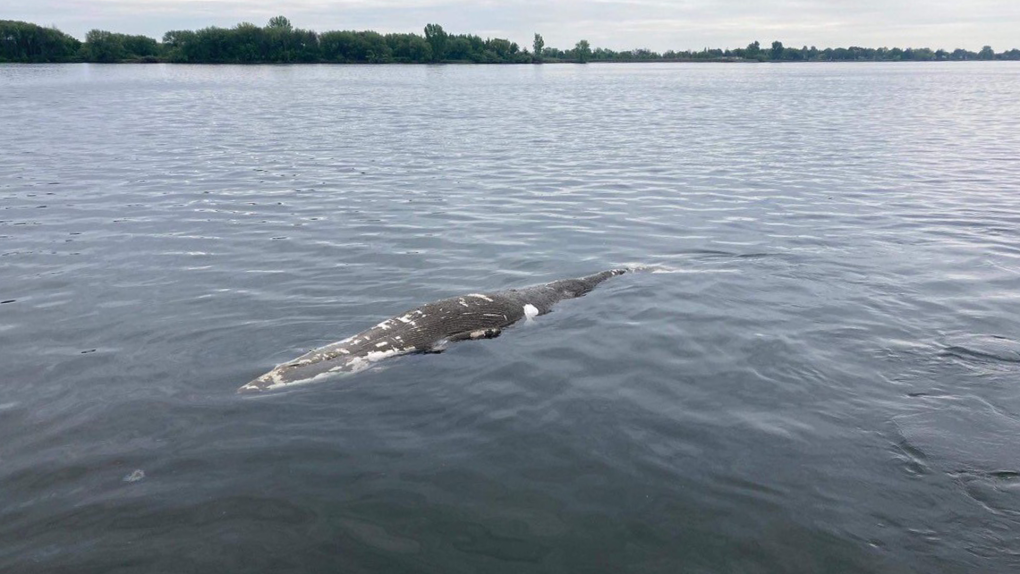 Researchers aren't sure how long the animal has been dead, and that poses a serious challenge to veterinarians performing the autopsy (Image source: Ronald Gosselin)

If the carcass is too far gone, so to say, vets may not perform a necropsy at all.

The St. Lawrence River makes for an unwelcoming home to minke whales, which are much more comfortable in saltwater.

Different waters make for different ecosystems, and that means it can be hard for saltwater animals to find food.

Whales in freshwaters can also develop ulcers and skin issues. In 2020, when Montreal's waters hosted a large humpback whale, researchers recovered its body covered in lesions caused by algae.

That whale "was literally covered with tons of algae on its body," said Michaud. The organic matter caused lesions on its skin, which became infected.

"So, globally, it's a hostile environment for whales."