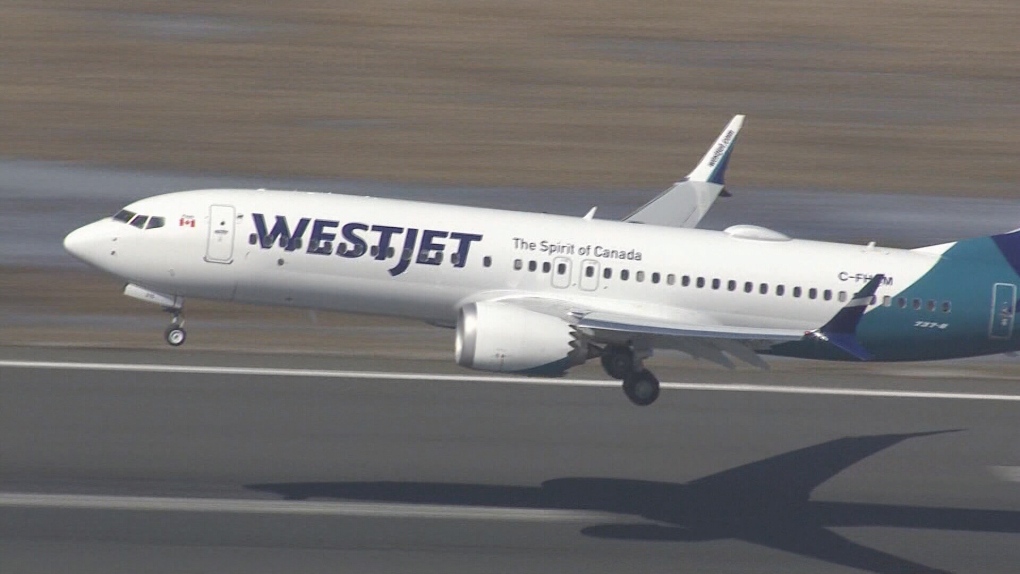 MONTREAL -- One day before Canada's two largest airlines end so-called seat distancing, travellers have mixed feelings about stepping on board an aircraft in the age of COVID-19.

Starting on Canada Day, Air Canada and WestJet will resume the sale of adjacent seats, which they had largely blocked to help prevent viral spread.

Canada's top public health officer has expressed reservations about the practice, though it is permitted under federal transportation rules.

"We really feel it is important to avoid the close physical contact as much as possible," Dr. Theresa Tam said Monday. "And if not, wear the medical mask"

Masks have been mandatory on board flights since April 20.

Even so, "there are some difficult decisions for travellers, for sure," Tam added, saying individuals should assess their own risk levels and need to fly.

Karen Kabiri took his first flight in five years Monday after learning his mother had died in Iran the day before -- just 20 days after his father.

"It's very, very hard for us. That's why I'm going there right now, to help my sister," Kabiri said.

The 44-year-old piano teacher from Toronto, who stopped over in Montreal before continuing on to Tehran to help with funeral arrangements, said he had concerns about entering a packed cabin.

"It's a little bit scary for everybody. You can see many people are affected by COVID-19," he said. "It's very hard for everybody in these situations to travel. But sometimes an emergency is happening.

Claire Parois and her five-year-old daughter climbed aboard a flight Monday to her home country of France to join her parents after receiving approval to continue telecommuting until late August.

"We decided to spend the rest of the summer at my parents' house where I don't have to do the full-time parenting and full-time working at the same time, which I've been doing in the past 15 or 16 weeks," said Parois, who works for the United Nations in Montreal. "It's been really, really, really challenging."

"My main concern would be to get infected and then infect my parents. Otherwise I'm not too worried," she said.

Transport Canada listed physical distancing among the "key points" in preventing the spread of the virus as part of a guide issued to the aviation industry in April.

"Operators should develop guidance for spacing passengers aboard aircraft when possible to optimize social distancing," the document states.

Some health experts have highlighted the risks of spreading COVID in crowded airports and sardine-tin cabins.

"Once it's in the cabin, it's difficult to stop air moving around," Tim Sly, an epidemiologist and professor emeritus at Ryerson University's School of Public Health, said in a recent interview.

In line with federal directives, Air Canada and WestJet conduct pre-boarding temperature checks and require masks on board. They also implemented enhanced aircraft cleaning and scaled back their in-flight service in late March, cutting out hot drinks, hot meals and fresh food.

"The new measures will continue to build on the recommendations of ICAO (the UN's civil aviation agency) and others that a multi-layered strategy to COVID-19 safety is most effective," Air Canada spokesman Peter Fitzpatrick said in an email this week.