A driver may face impaired driving charges after crashing his BMW 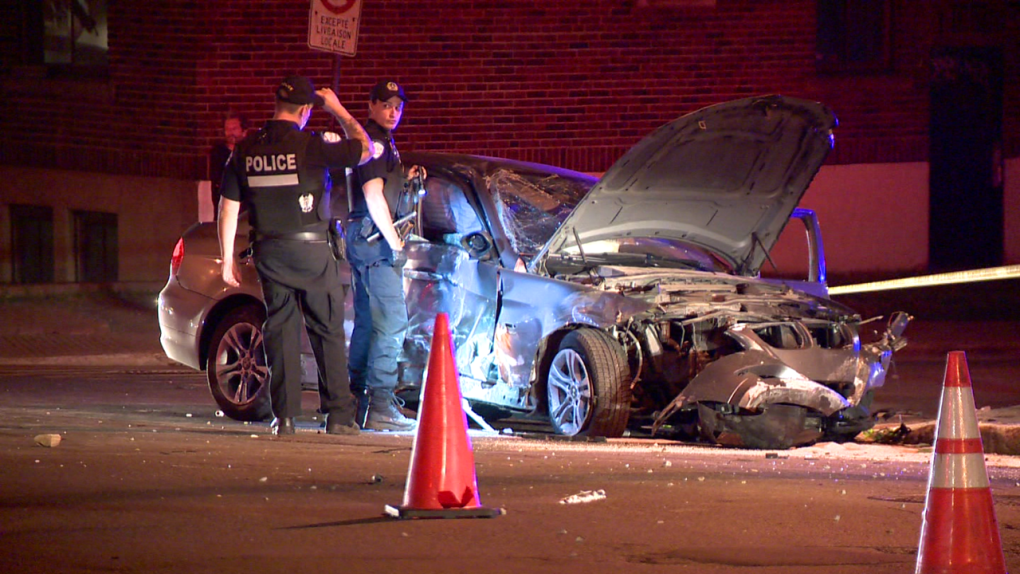 Montreal police were called to the scene of a crash in Cote-des-Neiges where a possibly impaired driver crashed into a parked car, traffic light post and tree.

MONTREAL -- Montreal police are investigating whether to press charges for impaired driving after the driver of a BMW hit a parked car then knocked down a traffic light pole and hit a tree in Montreal Tuesday night.

The accident occurred around 11 p.m. on Queen Mary Rd. near Ponsard Rd. in the Cote-des-Neiges borough.

Montreal police (SPVM) spokesperson Veronique Comtois said both the 22-year-old driver and 25-year-old passenger were transported to the hospital with minor upper body injuries, and that investigators found signs that the driver was impaired while driving.

“The result of the blood test will tell us if there will be charges against him,” she said.

There were no other injuries.