MONTREAL -- After an eight-year-old Saint-Henri boy was killed in a traffic accident this summer, it seemed as if the whole neighbourhood was mourning, including strangers.

People created a memorial along St. Ambroise St., where Liam Aglat-Clayman was struck and killed by a car on July 22 as he was leaving his day camp.

A group of local parents who had never met Liam came together to renew lobbying the borough for traffic calming measures.

In the months since, things have changed. But it wasn’t that people forgot Liam—it was just the opposite.

Months of effort by a cast of neighbours, including some surprising personal sacrifices, have led to some permanent memorials to the boy.

Local artist Matt Cadoch finished a mural in Liam’s honour, a few blocks from his day camp, on Sunday.

Cadoch said the idea came up right after Liam’s death, with many people trying to think of something meaningful to do. Someone on Facebook suggested it.

For him, too, “when I heard about [the death]… it hit me pretty hard,” Cadoch said.

Cadoch is a well-known local mural artist who’s lived in Saint-Henri for 12 years. In fact, he realized, he already had a commission and a permit for a nearby wall that he hadn’t started—maybe he could talk the building owner into using it for this.

First, he got in touch with Liam’s mom to see if she liked the idea. More than that, she told him, Liam was a dedicated artist who dressed as a painter last Halloween. He filled up his own sketchbooks and had just told her, a week or so before his death, that he would love to paint murals one day.

“That's when things started to change a little bit,” he said.

Looking over the boy’s drawings, he could tell he was very advanced for his age, “shading in all the right places, all kinds of rendering stuff,” he said.

“He was having ideas, like creative ideas in his drawings, that were really, really interesting and unique,” Cadoch said.

“He was a born artist, know what I mean?...I could see that he had a raw talent. It's sad to think about how far he probably could have taken that.”

Cadoch spent days with the sketchbooks, picking a few designs that he would recreate in huge scale.

The question of where it would be painted also solved itself in a way no one expected.

“The guy who owns the wall is a super-awesome dude,” Cadoch said. “I was like, hey, ‘Are you interested in this project? I'll do it for free.’”

The man who owns the building is named Herman Alves. The problem was that the building, a mixed residential-commercial one at Notre-Dame W. and Berard streets, was for sale at the time and Alves was under contract with a buyer.

When Alves asked the buyer if going ahead with Liam’s mural would be okay, they said no. So Alves found a way to back out of the sale.

“It hit me very deeply, because I lost a son also,” Alves told CTV.

“This mural was more important than the money. Money isn't everything. Money doesn't buy happiness,” he said.

“To me, this was a tribute to this child that lost his life, [and] to the pain his parents lived through.” 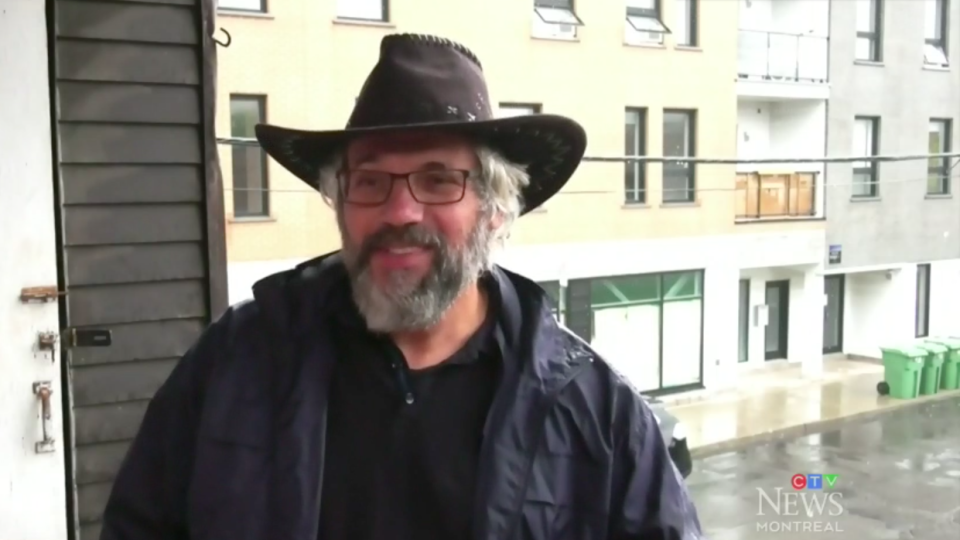 ‘EVERY COLOUR LOOKS WASHED OUT’

Liam’s mother, Veronique Aglat, said she could tell right away that Alves was someone who thinks “with his heart” and that he was right about how much the family has been suffering.

Since the accident, “I can’t work; my husband can’t work,” she said.

“My other son is deeply affected by the loss. He used to be very keen on school—he’s not interested anymore. He says every colour looks washed out.”

Before Cadoch finished painting the mural this weekend, he had Liam’s family “on the skyjack” with him, helping paint and choose some colours.

He raised money through GoFundMe to cover the cost of equipment and materials, while Alves is planning to pay for a memorial plaque explaining the mural.

As for the childlike drawings on the wall, Cadoch has gotten some mixed reactions, he says, but he’s never had any doubts.

An eight-year-old’s art, he said, can be “even more raw and real” than a professional artist’s.

“This is definitely art and it definitely deserves to be on a wall,” he said. “I wish I could see Liam’s face, how happy and proud he would be.”

A HOST OF CHANGES

The mural has, in turn, led to some other projects. A group of eight-year-old dancers from Liam’s old day camp performed a dance, captured in a video shoot, in front of it.

Some of Liam’s campmates witnessed the accident, Cadoch said, and he was glad they saw that good can come even out of the worst incidents.

Liam’s school also created an art award in his name, said his mother. And the neighbours have continued to lobby the borough for traffic changes, now working closely with his family to do so.

So far, they’ve met with councillor Craig Sauvé and some other people from the borough office, and have an online and paper petition to create traffic changes. There will be more updates soon, said Aglat. Their group is called “C’est assez le danger.”

Aglat said she wants the mural to serve as a reminder to city authorities to keep residential neighbourhoods safe.

But mostly, she said, it’s a tribute to her son, made up of bits of many people along the way.

“It's like Matt channelled Liam’s energy,” she said, “and is making sure that even though Liam only lived eight years, something remains.” 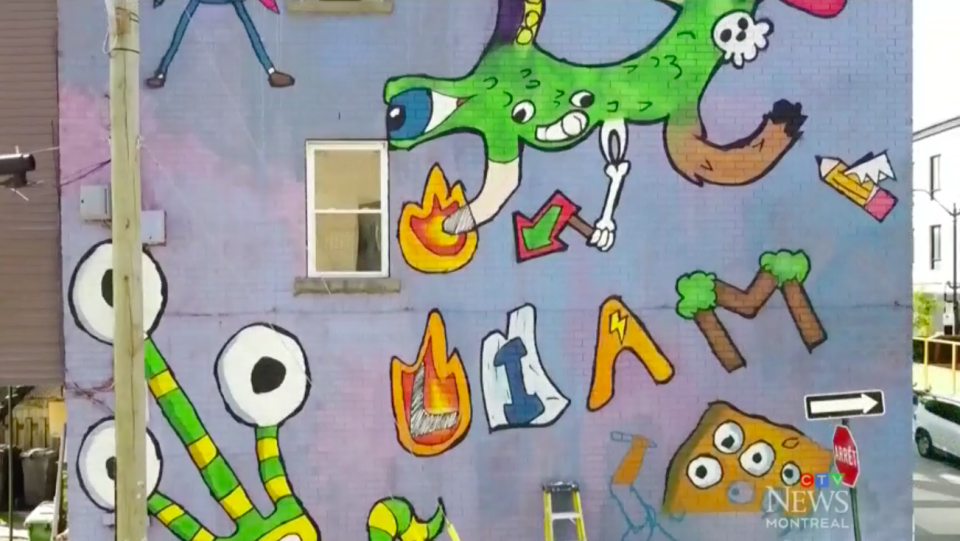