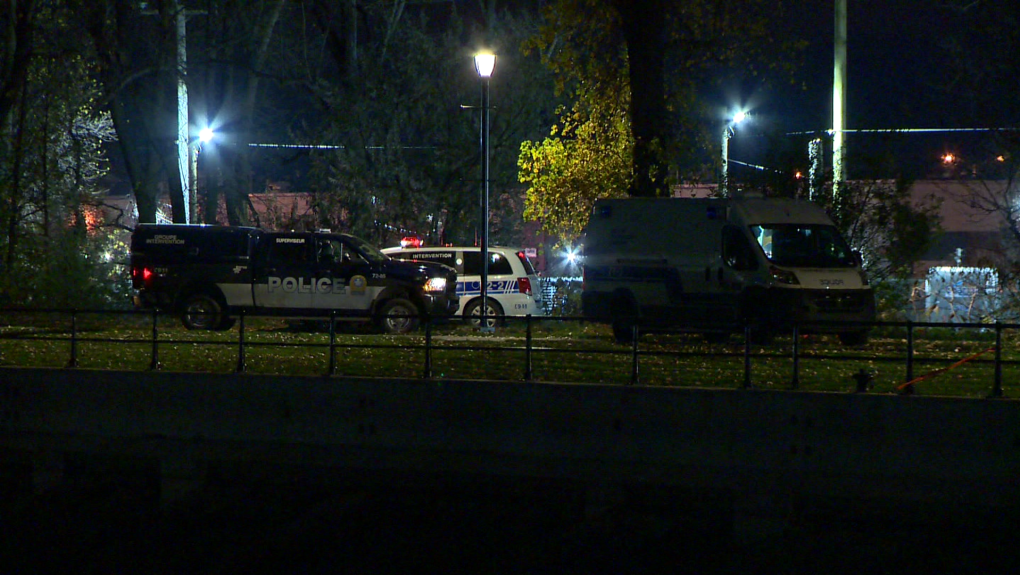 A man is in the hospital after being stabbed and hit with a blunt object after a fight escalated in Lachine Oct. 29, 2020. (Cosmo Santamaria/CTV News)

MONTREAL -- A 26-year-old man is recovering in the hospital after being stabbed and hit with a blunt object in Montreal's Lachine borough Thursday night.

Montreal police (SPVM) received a call at 8:05 p.m. about a man being injured after a fight on Notre-Dame St. West near Angrignon Blvd. in Lachine.

Police arrived to find the young man stabbed in the upper body and with a blunt force injury to his head.

He was transported to the hospital in serious but stable condition.

Witnesses on the scene said the man got into a fight with three other suspects that escalated to the point of him being stabbed.

The suspects fled the scene in an unknown direction, according to SPVM spokesperson Caroline Chevrefils.

There have been no arrests.