A 19-year-old has died of COVID-19 in Quebec: health authorities

MONTREAL -- Quebec has seen very few deaths among young people during the pandemic, but on Thursday the province's health department confirmed a 19-year-old has died from the disease.

The young man has been identified as Don Béni Kabangu Nsapu.

His death was confirmed by Facebook group Congolais De Montréal. According to the group, the young man died on Aug. 16 at the Pierre-Le Gardeur Hospital in Terrebonne.

A GoFundMe page has been setup in an effort to raise money for Nsapu's funeral.

"Our brother, son and friend Don Béni Kabangu Nsapu left us too early at the age of 19 on August 16, 2020 following complications from the coronavirus," the page reads.

Canada’s Health Minister, offered her condolences to the family during a press briefing in Ottawa, Friday afternoon.

“The loss of a child is a tragedy it’s hard to find words for how much suffering that family must be going through right now,” said Minister Patty Hajdu, adding that her “heart is with them.”

Nsapu enjoyed playing soccer and won an award from RSEQ -- a non-profit organization that brings fitness programs to schools across the island.

The teenager and his coach at Pointe-Aux-Trembles High School had more than just soccer in common, since Stephane Kalonga is also Congolese.

He remembers how Don Beni, as he called him, “was always calling me ‘yaya’ Stephane. In Congo when someone is older than you, you call them “yaya’…he was like a little brother for me,” Kalonga said.

Kalonga said he spoke with the other boys on the soccer team.

“They are down -- everybody’s down. It’s very hard for the boys," he said. "He was a quiet guy and a really good guy…we don’t expect a young guy to go at this age.”

In a video from four years ago featured on the city of Montreal's website, Nsapu takes part in an Ecole St-Henri school project with classmates. He shares his personal story of how, when he arrived in Canada from the Democratic Republic of the Congo in 2015, a year earlier, he brought with him traditional clothing from his country.

“This clothing belonged to my mother,” the then-15-year-old boy says.

“My aunt offered it to her as a gift so we wouldn’t forget the culture of our country. That’s why the clothing is important to me, because it reminds me of my cultural identity and the custom of dress in my country.” 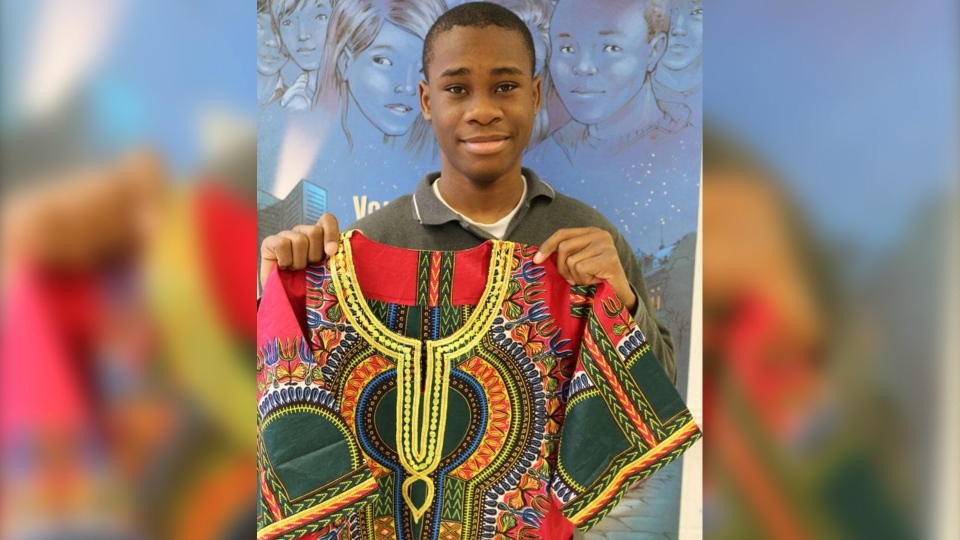 Because of privacy laws, the health department could not provide many details on the young man's death. The Quebec government confirmed, though, that he died from complications linked to COVID-19.

He's the first person in the province under age 20 to die of the virus. According to Health Ministry data, 3,292 people in Quebec aged 10 to 19 have been diagnosed with COVID-19, and there has been just one death recorded.

Young people have been far less severely affected by COVID-19 than adults and especially older adults. No children have died in Canada so far from the disease, pediatrician Dr. Marc Lebel said Thursday as he explained the province's new guidelines around school exemptions.

But a Montreal epidemiologist, Dr. Christopher Labos, said that the news of Nsapu’s death should come as a reminder that COVID-19 is a very dangerous disease.

"We have been veering towards complacency, and I think this death, tragic as it is for the individual, is a wakeup call that we cannot become too complacent," he said.

In an email sent to CTV, a Health Ministry spokesperson said that “as Dr Arruda has said many times, COVID-19 must be taken seriously, and people who get it can develop serious illness or complications. This includes younger people, even if it is uncommon.”