At 75 years old, a Quebecer has claimed the world record for the oldest male to perform a headstand.

Tanios "Tony" Helou of Deux-Montagnes, Que., who originally performed the feat on Oct. 16, 2021, says he’s "not shy" to get upside down – not near his family, or in public places like parks, or even at the grocery store.

"My friends think I am very strong, and my family worries I may hurt myself but that hasn't happened," he said in a release from Guinness World Records.

He's been walking on his hands since he was a young man but pushed his hobby into a record-breaking stunt by notching up his training when he was 55.

He follows a regimented daily routine: every morning, he gets up early and runs 15-20 minutes to get his coffee. After that, he does a handstand, and then 20 push-ups.

His daughter, Rola Helou, encouraged him to go for the world record. She recalled one particularly acrobatic episode on her 15th birthday when he bought her a new 10-speed bicycle.

"We were at a park having a picnic and my dad rode up to us on my new bike, except he was doing a headstand on the bike as it was rolling," she said in the release.

"My dad immigrated from Lebanon 45 years ago. When he retired 10 years ago, he did not know what to do with himself because he had always worked so hard," she continued.

"Renewing his commitment to fitness has kept him sane and enabled him to stay in good physical health." 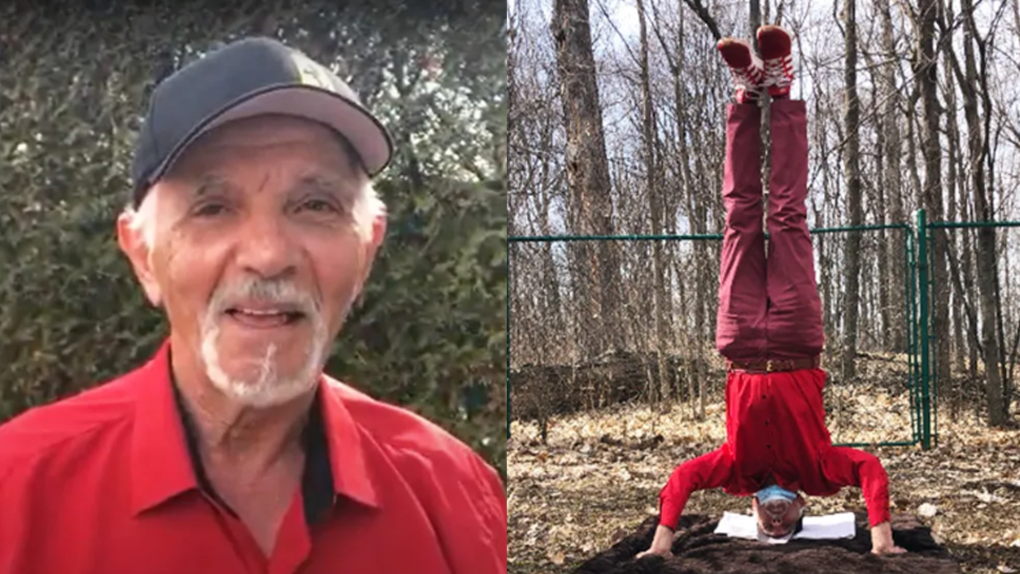 Tanios "Tony" Helou of Deux-Montagnes, Que. starts his day with a 15-20 minute run to get his morning coffee. Then, he does 20 pushups and, of course, a headstand. (Photo courtesy of Guinness World Records)

'EXCITED AS A CHILD AGAIN'

Locally known for his talent, Helou says that when his neighbours learned he was going for the title, they were rooting for him.

"I told two of my neighbours and by the end of the day, the whole neighbourhood knew about it," he said.

"Winning the title has made him as excited as a child again," said his daughter.

"If my story can inspire others to stay healthy, it would make me very happy."

Highland Park Police Chief Lou Jogmen said Monday afternoon that police have identified 22-year-old Robert E. Crimo III as a person of interest and cautioned he should be considered armed and dangerous.

Canada Soccer says it has made a new compensation offer to its men's and women's national teams.