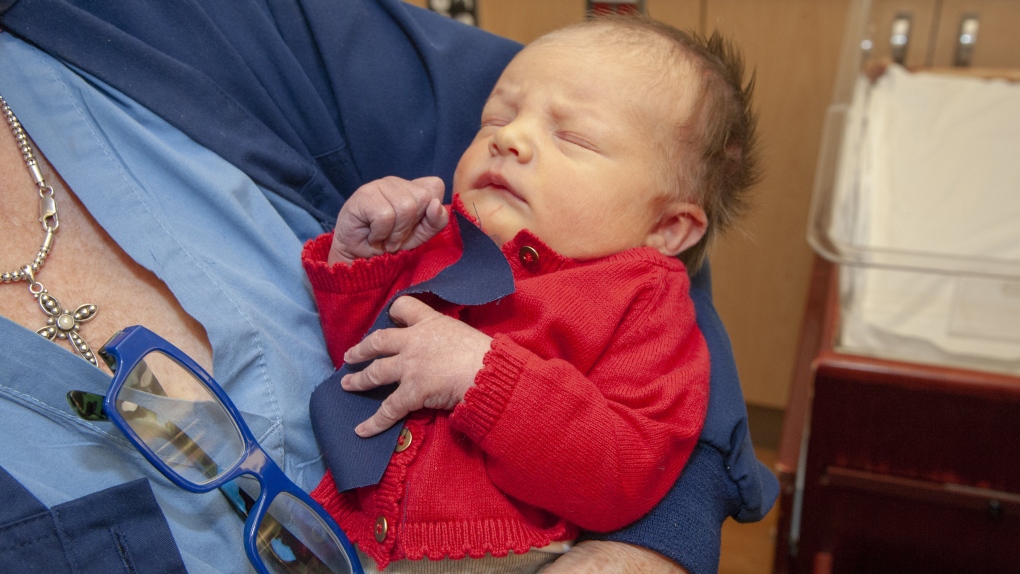 A baby at the West Penn Hospital is dressed up in a red cardigan and tie to celebrate World Kindness Day and Cardigan Day in honor of Mister Rogers. (Allegheny Health Network/CNN)

Six emergency rooms across Quebec -- about one in 20, including one in Montreal -- will be partially closed this summer.

It's part of a series of temporary service cutbacks the health ministry is making to adjust to a shortage of workers, and it's also asking Quebecers to help out by not going to the ER for minor problems.

"The next few months could be difficult," said Health Minister Christian Dubé in a news release published Wednesday.

The affected ERs are:

For the most part, those six are being closed overnight, including Lachine's ER, and ambulances will be routed instead to nearby hospitals.

Pregnant patients, new parents and newborns will also be affected, the release said.

"For this summer, services will be reorganized, resulting in partial closures with established service corridors, including emergency, obstetrics and neonatal sectors," the province announced.

According to details released later, an obstetrical unit in Outaouais will be closed entirely over the summer, while one in Saguenay-Lac-St-Jean will have two brief closures.

"With the CAQ, it's failure after failure: not only will Christian Dubé replace only a quarter of the doctors who are retiring, but he has also been unable to bring caregivers back into the network," Marissal said in a statement.

"As a result, several hospitals in Quebec will suffer service breakdowns and emergency closures."

He wrote that in Matane, in the Gaspé, this will mark the fifth scale-back in obstetrical care this year, while in Fortierville, a small town about an hour southwest of Quebec City, the local CLSC's emergency service has been closed at night since June 1.

"How many people will come up against closed doors in Quebec emergency rooms this summer?" he asked.

The Liberals added their own criticism a day later, saying Thursday that Dubé is "abdicating" his management duties by simply closing some operations.

"Health problems don't take a vacation and patients will be bumping their noses against closed doors without being able to receive the care they deserve," he said.

TRYING TO GIVE WORKERS VACATIONS

The shortage of health-care staff is severe after more than two years of the pandemic, and the province is trying to work around it, said the ministry.

Even compared to last summer -- which itself saw huge worker absences -- this summer's staffing numbers are dismal.

There have consistently been thousands of health workers absent every week for the last several months just due to COVID-19 infections, self-isolation and other pandemic-related reasons.

Thousands have also left the public health-care network over the last two years, some of them going to private establishments.

But the province also noted that the health-care network is trying hard to give staff "well-deserved vacations" after the long crisis.

The new reorganization is "intended to limit as much as possible the impacts on the population," it said.

At first, the province said services would return to normal on September 1. However, according to a more detailed chart released later, many of the affected hospitals are actually scheduled to return to full service by September 10.

Until then, people with non-urgent problems are asked to call their family doctor or pharmacist, to make an appointment at a walk-in clinic, or to make use of the Info-Sante 811 number before heading to an ER. The phone line is available 24 hours a day. 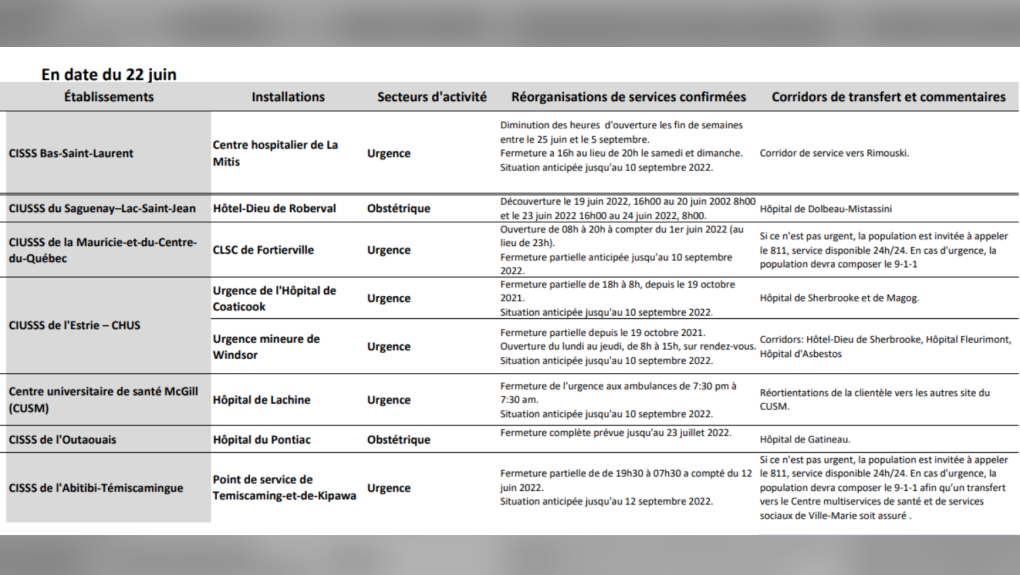