No one was injured in a major fire that ripped through and destroyed a building that was under construction in the Plateau-Mont-Royal borough just after midnight on Sunday.

Montreal fire department (SIM) spokesperson Alain Laflamme said the fire broke out around midnight at a building on Saint-Dominique St. at the corner of Napoleon St., and the fifth alarm was sounded around 12:30 a.m.

"A friend and I were just leaving Champs when we spotted the glowing embers and smoke coming from behind the buildings to the east which quickly escalated into a full-blown fire with embers falling at our feet and in our hair," said Carrie Macpherson. "It was spectacular." 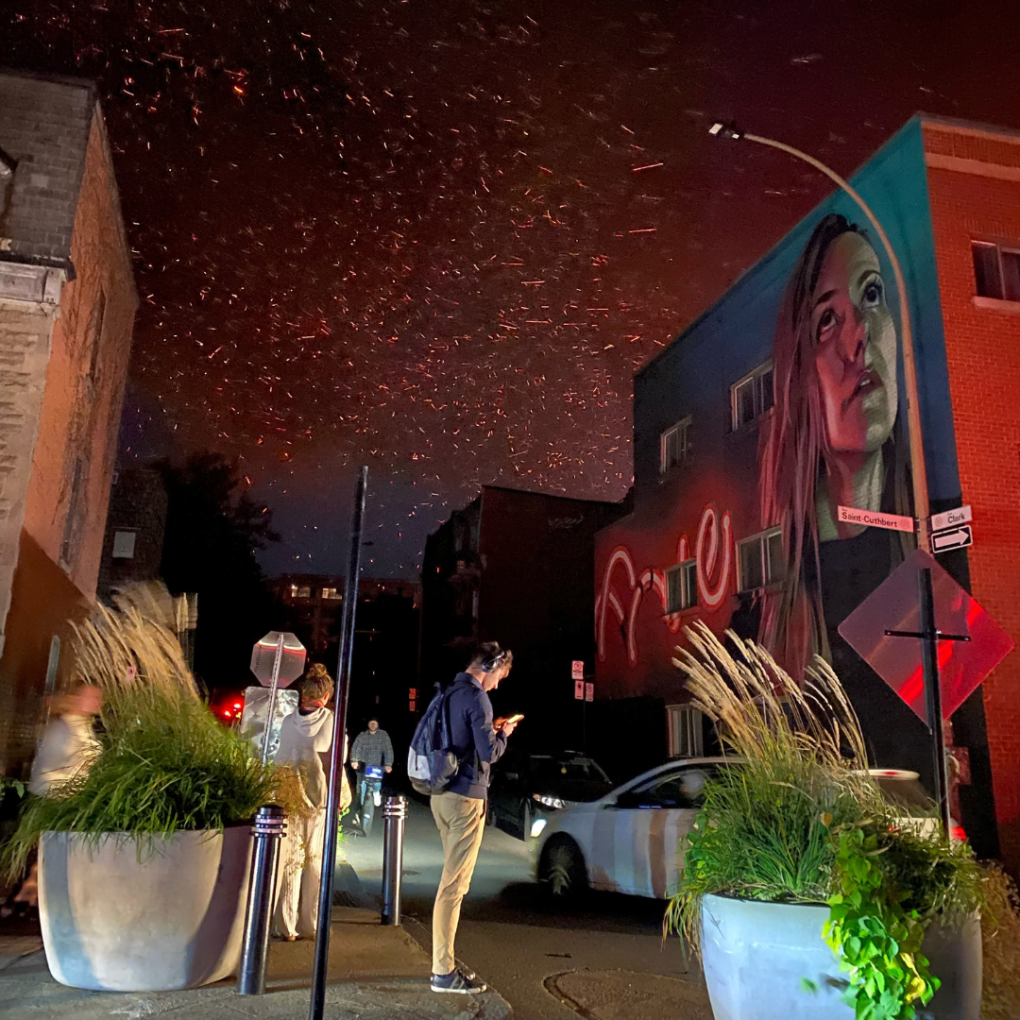 A spectacular fire in Montreal's Plateau neighbourhood completely destroyed a building that was under construction on St. Dominique St. and sent embers floating throughout the area. SOURCE: Carrie MacPherson

Laflamme said nearby buildings were evacuated, but the residents have since been permitted back in their homes.

Fifty fire trucks were on the scene, and firefighters quelled the blaze by around 3:10 a.m.

There were no injuries reported, and the damage was contained to the building where the fire started.

Investigators have yet to determine the cause of the fire.