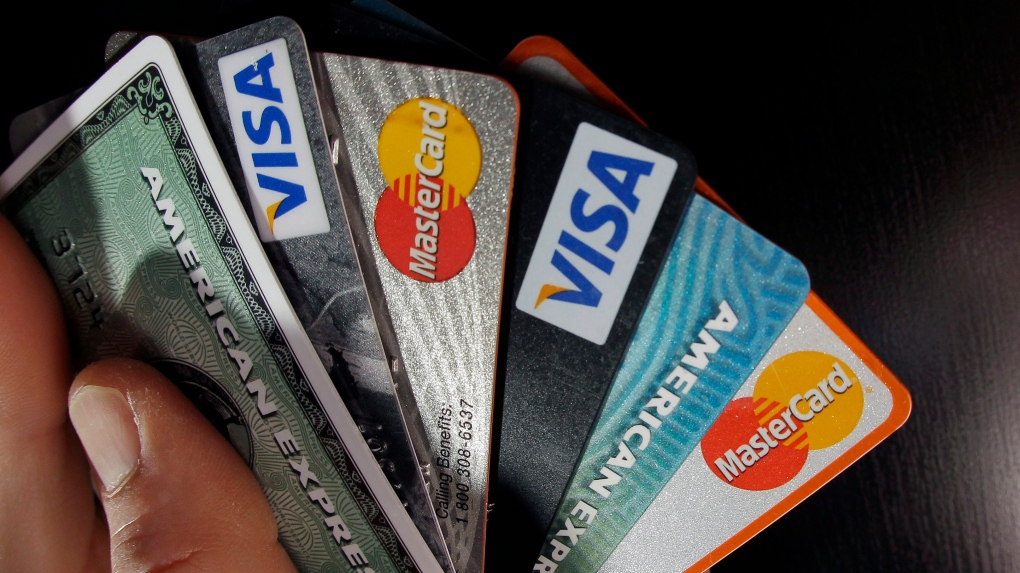 Credit cards are seen in this undated file photo. (File)

Amir Boudiaf, 19; Gevorg Davtyan, 32; and Serge Lévesque, 22, were arrested in a car in the Town of Chandler.

The three suspects appeared at the Percé courthouse to face various charges of theft, fraud and breach of probation.

Officers state they will remain in custody pending further proceedings.

The Sûreté du Québec explains in the alleged scheme, one of the suspects would contact a potential victim by phone, using the fraudulent caller ID of a known financial institution.

He would then inform the victim of a suspicious transaction that had been made with their debit or credit card.

If the victim insisted that they had not made the transaction, the suspect would then say he will block the card in question and have a new one issued.

The suspect would then confirm their personal identification number (PIN) and inform the victim that an employee of the financial institution will come to their home to retrieve their debit and credit cards.

The Sûreté du Québec says several cases of this type have been reported in recent weeks, in eastern Quebec as well as other regions in the province.

-- This report by The Canadian Press was first published in French on June 23, 2021.