MONTREAL -- Seventeen suspects have been charged in connection to drug and firearm trafficking in Montreal – four of which were allegedly directly involved in an attempted murder in Cote-des-Neiges in October 2019, according to police.

Service de police de la Ville de Montreal (SPVM) director Sylvain Caron made the results of “Project Trinity” public on Tuesday at a press conference. The investigation – which began in the fall of 2019 – has led to charges of attempted murder, accessory after the fact, and assault, in some cases. Others will face charges linked to drug and weapon trafficking.

Through 15 searches, investigators were able to seize five firearms, six illegal devices, hundreds of rounds of ammunition and various narcotics.

“Such events have an impact on the sense of safety felt by the citizens. I wish to reassure them today about the investigative work that has been done and that is not always visible," Caron said. "I want the public to know that we are there, that we are present and that we are doing our job." 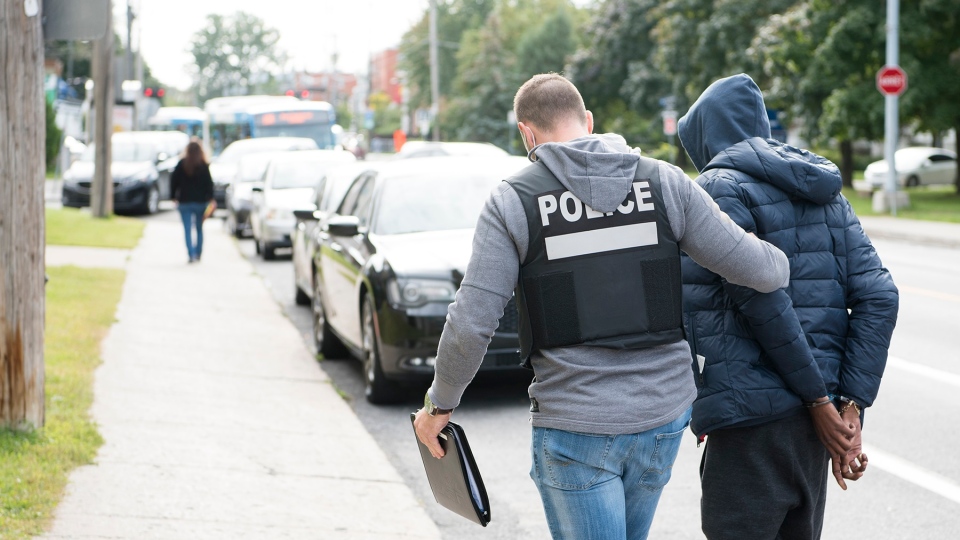 Fourteen of the suspects have been arrested and the other three are the subject of arrest warrants.

Caron reminded Montrealers that there is a neighbourhood security operation underway following a string of incidents involving firearms in the downtown, Montreal North, Ahuntsic and Rivieres-des-Prairies areas.

"Montreal has always been proud to proclaim that it is a safe city and that all Montréal police officers are doing everything in their power to keep it that way," Caron said. "I thank them for this."