Paramedics load a 15-year-old and a 19-year-old into ambulances following an overnight shooting in Montreal North. / Cosmo Santamaria, CTV Montreal

Their injuries aren’t life-threatening, according to Montreal police, who reported no arrests in connection to the event early Thursday morning.

The Service de police de la Ville de Montreal (SPVM) was called to the scene at around 11:15 p.m. at the Place de la Colombiere and Olivier-Maurault Ave. interestion after gunshots were reported.

Overnight in Montreal, a 15 year old and 19 year old boy was shot and injured, just after 11:30pm near La Colombiere and Olivier-Maurault Avenue. @CTVMontreal pic.twitter.com/RWUy3NlmJ1

Upon their arrival, SPVM officers located the victims on the ground and noticed they had lower body injuries. They were conscious on their way to the hospital. 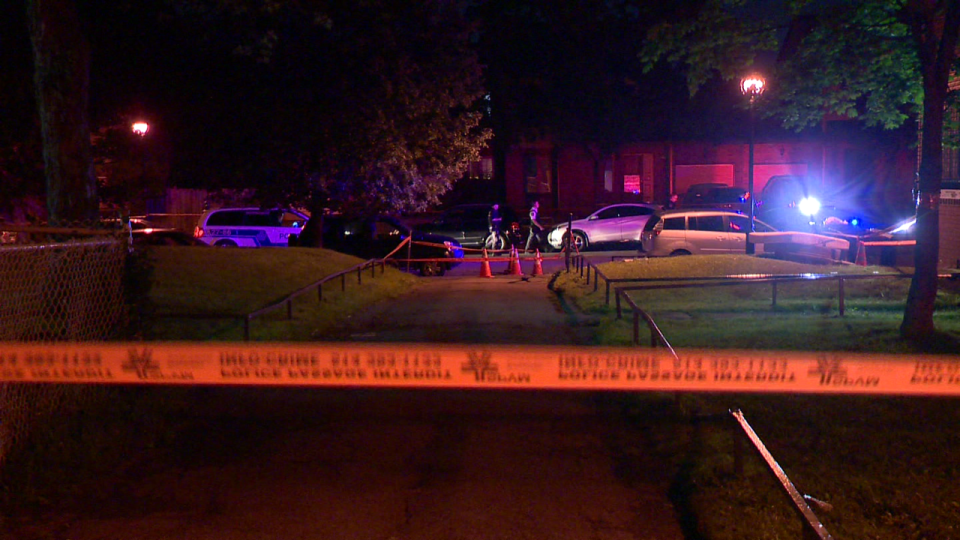 The SPVM will send investigators, members of its K9 unit and crime scene technicians to the area on Thursday to better understand the circumstances surrounding the event.