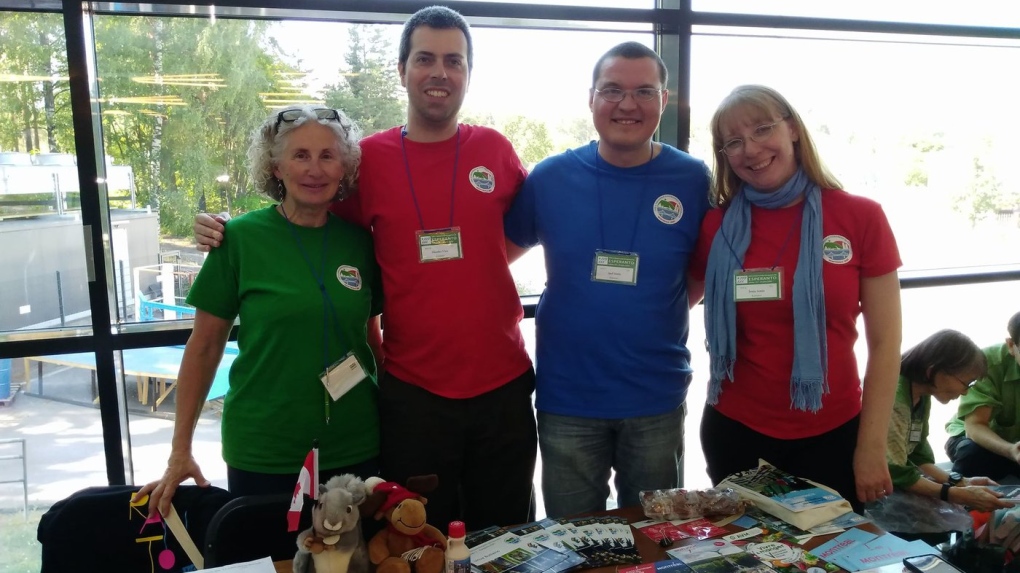 The 107th World Esperanto Congress opened its doors Saturday in Montreal, a first for the metropolis and for Quebec.

Esperanto, created in the 19th century and inspired by a multitude of languages, aims to be a global means of communication. Its proponents argue that Esperanto is politically and culturally neutral, as it is not the national language of any country. Its artificial construction, its regularity and the often recognizable root of its words also make it relatively easy to learn.

With this year's theme, "Language, Life, Land: The Decade of Indigenous Languages," several speakers who are experts in the preservation and revitalization of these languages are expected at the congress organized by the Universal Esperanto Association (UEA) and held in a pavilion of the University of Quebec in Montreal.

The Esperanto movement "has a particular sensitivity for all that is linguistic and cultural rights" of minorities, explained the vice-president of the local organizing committee, Nicolas Viau, in a telephone interview. It carries a message of "tolerance, equality between languages and cultures."

To highlight the recognition of Indigenous cultures, the UEA announced the symbolic sponsorship of Georges Sioui, Wendat historian and philosopher and professor at the University of Ottawa.

During the week, participants will also be able to take part in a multitude of activities, including lectures on other topics, an original play and a literary award ceremony. They will also have the opportunity to buy books in Esperanto and to talk to people from dozens of countries.

In all, Viau said more than 800 people have registered, but many may not be able to set foot in Canada because of delays in visa approval from the federal government.

Esperanto was invented by Louis-Lazare Zamenhof in 1887, in a region of the Russian Empire that would later become Poland.

"He lived in a world that was quite culturally fragmented where the different groups - Russian, Polish, Jewish, etc. - communicated little or poorly," said Viau. "But with this language, everyone is on an equal footing."

On its website, UEA says it has national associations in 70 countries and individual members in 120 countries. The actual number of Esperanto speakers is more difficult to assess, as many people learn it directly via the internet.

Although only a minority of the world's inhabitants know the language, Viau said the fact that they are scattered all over the place creates "a truly different international experience, especially when traveling and contacting local chapters."

"Esperanto has built its own original culture over time, with literary, musical and cinematic ouvres," he stressed.

The defense team in the U.S. Capitol riot trial of the Oath Keepers leader is relying on an unusual strategy with Donald Trump at the center.

The Danish Energy Agency says one of two ruptured natural gas pipelines in the Baltic Sea appears to have stopped leaking natural gas.

As Hurricane Ian ravaged coastal towns in southwest Florida, residents in this quiet suburb thought they would be safe, having no beach and living outside areas under evacuation orders. But then the water kept flowing in.